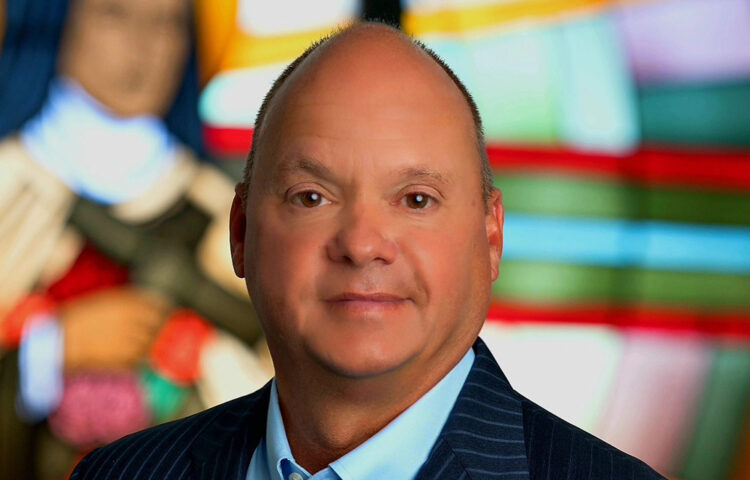 Saint Louis Park, Minn. (April 22, 2022) – The Saint Therese Board of Directors has completed its nationwide search for a new chief executive and named Craig W. Abbott as its incoming President & Chief Executive Officer. He will join Saint Therese in late May.

Abbott will succeed Barb Rode, Saint Therese’s current President and CEO, who will continue to lead the organization until late May. Rode is retiring after 21 years of exceptional and dedicated leadership that has guided the nonprofit organization through successful growth and maturation to become the Twin Cities’ premiere provider of senior housing ranging from independent living to skilled nursing.

Most recently, Abbott served as Executive Vice President of Health Dimensions Group (a privately held company based in Minneapolis), which provides third party management services and client consulting serves to clients across all 50 states. Over the last 17 years, Abbott has held a myriad of executive leadership positions at Health Dimensions Group.

Throughout Abbott’s career, his responsibilities have progressed from single-site skilled nursing facility leadership, to providing multi-site operational, consultative and executive leadership roles on a nationwide basis. He is a seasoned and highly respected industry leader and trusted strategic advisor, well versed and experienced in all aspects of aging care and services. In addition to working with existing communities, Abbott also comes to Saint Therese with experience developing, opening, managing, and expanding start-up senior living communities.

“We are very enthusiastic about working with such an accomplished senior living professional,” said Patrick Taffe, Chairman of the Board of the Saint Therese Board of Directors. “Transitions to new leadership in any organization are inevitable and involve both continuity and change. We believe Craig is uniquely qualified to continue to lead our efforts to successfully turn the many challenges facing the senior care industry, and more specifically Saint Therese into opportunities.”

These opportunities, Taffe added, include the changing needs and expectations of the metro area’s diverse and growing older population, to dealing with the current workforce challenges, to repositioning the New Hope Campus project and the expansion of Saint Therese campuses to Corcoran.

As a licensed Nursing Home Administrator in the State of Minnesota, Abbott was a previous recipient of the Kal Michaels Administrator of the Year Award, he has served on the Board of Directors for Leading Age Minnesota, has led multiple organizations that have received “Great Places to Work” designation, was appointed to Governor Pawlenty’s Task Force for State Veteran’s Homes and was recently named to Leading Age Minnesota’s 50 for the next 50.

He holds a Bachelor of Science degree in Business Management and Hospital/Healthcare Administration from Moorhead State University and a Bachelor of Arts degree from Concordia College, both located in Moorhead. In addition, he holds an MBA Certification in Healthcare, Business and Quality Management from the University of St. Thomas, Center for Medical Affairs in Minneapolis.